Our friendly, enthusiastic and knowledgeable team aim to provide professional and compassionate care for all your animals. 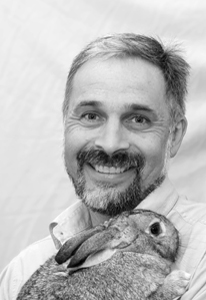 Dr Stephan Miechel, a 1991 Melbourne University honours graduate, initially worked for several years in a dairy practice in Yarram, South Gippsland, then in mixed practice in Wangaratta, followed by various locum positions including Katherine, Northern Territory and in the United Kingdom. Steph began working at Benalla Veterinary Clinic in 1999 as a locum initially, whilst he simultaneously pursued a passion for commercial photography.

Over the 28 years he has continued to develop his proficiency as a mixed animal practitioner. Steph is especially interested in the field of small animal surgery (soft tissue and orthopaedic) and more recently in developing diagnostic endoscopy, ‘keyhole’ laparoscopic and arthroscopic surgery.  He has introduced these minimally invasive surgery options to the Benalla region, and regularly accepts surgical referrals from other vets in north east Victoria.

Steph and his wife Yonnie purchased the Benalla Veterinary Clinic in September 2014 and are really enjoying the journey, directing the future of this friendly and caring rural veterinary clinic. They have two school-aged children and a multitude of pets including their dog – Kevin (clinic mascot), cat – Remi, beloved rabbits and bantoms! Eugenie Miechel (Yonnie) is wife to Stephan and mother to Elly and Edward.  Yonnie is a true blue Benalla local and has a mixed working background of nursing and administration.  Yonnie’s hobbies are caring for her young family, reading, cooking and is thoroughly enjoying the challenges of owning a veterinary clinic.  She will often be found greeting our clients and their pets at reception with her warm, friendly manner, and she is tasked with the administrative side of the practice, often sharing her office with Kevin, her beloved dog and our clinic mascot! 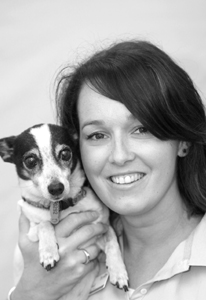 Jo grew up in Vermont, Melbourne. She completed year 12 in 2000 and went on to complete a certificate in Business Administration, before settling into hospitality. She moved to Benalla in 2003 and started working at Benalla Veterinary Clinic in August 2006. She enjoys travelling (in particular, camping in outback Australia), reading good books and socialising with friends and family. 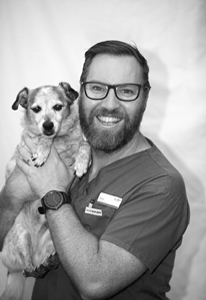 Pete is the newest member of the team, after 18 years working in a management role in the hospitality and community health setting Pete decided that it was time to follow his dream of working with animals. Pete is currently enrolled in Certificate IV in Veterinary Nursing which will see him being fully qualified in 2021. When Pete isn’t working and studying, he enjoys playing piano and spending time having coffee with his wife Nicky and his two kids Tahlia (21) and Jai (19) and his two dogs, Tobie (pictured) and Max and cat Gypsy. 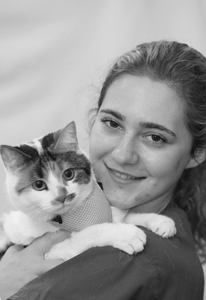 Maddi completed Year 12 in 2019 and decided her love of animals was drawing her to begin her Certificate IV in Veterinary Nursing. Maddi commenced working with us in April 2020 and has been a wonderful addition to our team.

She has a beautiful German Shepherd called Heidi and two cats, Stella and Leo.
In her spare time Maddi has an interest in growing succulents and breeding butterflies! Maddi and her partner Ayden like going camping and travelling when they can get away. 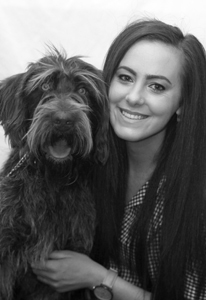 Jane was born in Melbourne and moved to Bendigo at an early age. After finishing school she went to Melbourne to study Diploma of Beauty Therapy and returned opening a successful salon in Benalla where she has worked for 5 years.

Luckily for us Jane felt she needed a change in employment and joined the team at Benalla Veterinary Clinic in April 2020. Jane is the smile and the front face when you walk in the door. Who couldn’t have a great day after speaking with Jane!

Being very close to her family, the other loves of her life are Chelsea and Shakira her adoring King Charles Cavalier’s, Sasha the German Wired Haired Pointer, Snow Flake the Bull Arab and Syd the Alpacca.